Ryan here. I’ve not watched many movies lately because Angela and I have gotten into some TV shows on Netflix and other “resources” lately. One that we watched a LOT of in the last few months was The Office.

I know that the show just finished, and that you’ve probably formed an opinion about it one way or the other. But you should check it out again, since it has moments when it’s one of the funniest shows out there. 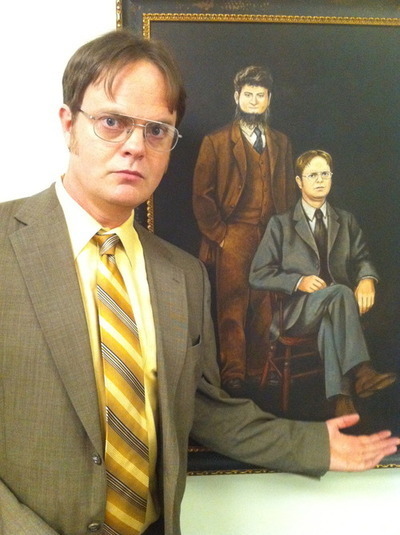 I really liked the British original series of the same name, so I was initially skeptical 9 or so years ago when they made an American version. Why mess with something that was so great, right? Well, they did mess with it, but they tweaked it in a way that really gave the American version its own flare. It was less mean-hearted, and a bit more on the absurd side, which played well with me. They also fleshed out the supporting characters a lot more, although they had around 15 times more episodes in which to do so. 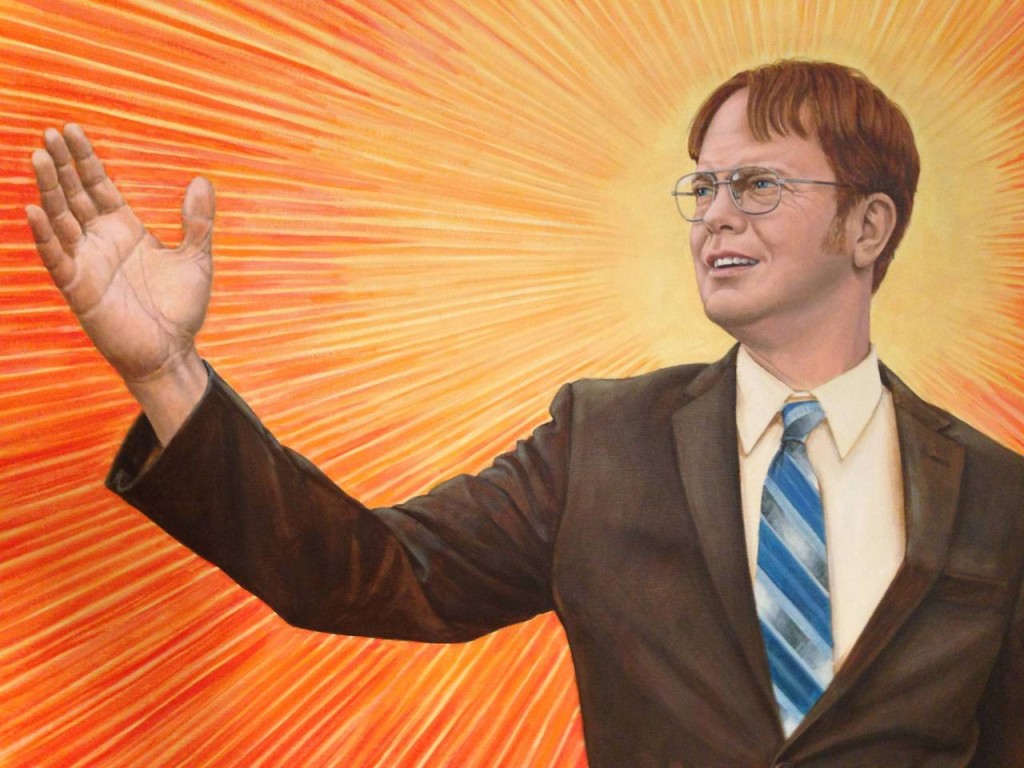 It’s a shame this painting didn’t show up in the conference room until the final episode.

Anyhow, I keep meaning to write reviews of movies here, but that’s hard when you’re not watching movies. So I thought I’d check in and see what everyone else was up to. Have you seen anything good lately?