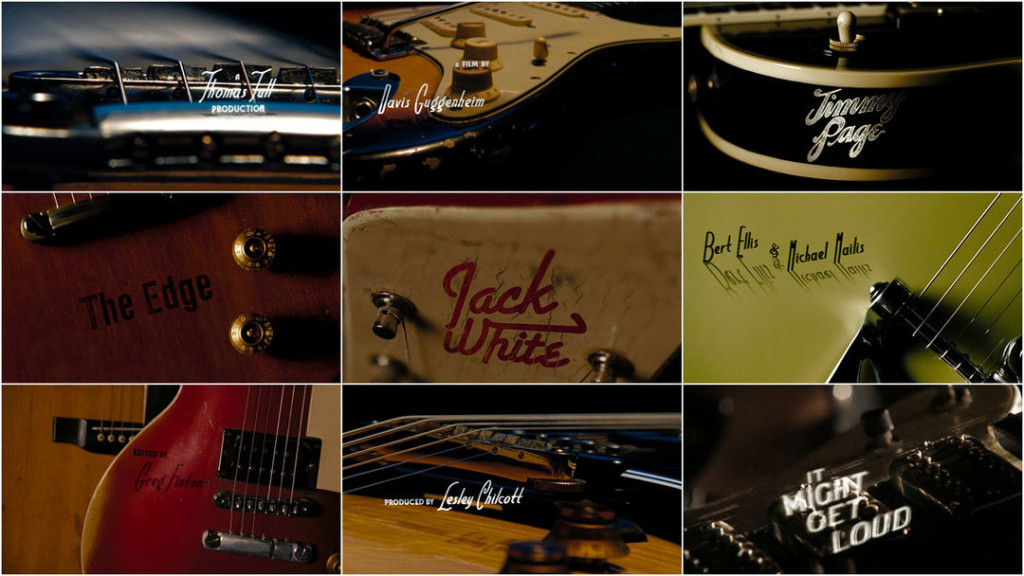 I really enjoyed this movie. Basically, it follows around three excellent guitarists: Led Zeppelin’s Jimmy Page, U2’s The Edge, and Jack White from The White Stripes. It shows some of their backstory, but it’s also set in the modern day, when the three get together for a jam session and to talk about music.

The pacing is just right–it’s meditative and you really feel like you get into each of these guys’ lives. And their lives are really interesting. Maybe we don’t notice the axe men because the lead singers hog the spotlight; actually, that’s almost certainly the case. But that’s tragic, because the guitarists are often the most interesting guys in a band. Or, as Jason Lee’s lead singer character says in Almost Famous: “From the very beginning, we said I’m the front man, and you’re the guitarist with mystique. That’s the dynamic we agreed on!“

I mean, think about it: Jimmy Page’s house is basically a freaking castle, the movie opens with Jack White making an electric guitar from a piece of wood and a Coke bottle, and The Edge’s name has a definite article in it! You can keep your lead singers: I want to hear more from these guys!

I’ll admit that I was predisposed to like this movie since I like all these bands. In fact, I’ve actually seen U2 and The White Stripes in concert, and I would have loved to have seen Zeppelin. So that doesn’t hurt. But this movie just has that certain indescribable quality that makes me like it. The movie just makes me feel good, like when we see Jimmy Page’s smile as he’s listening to music in his music library at home–every time that man smiles, a baby puppy gets its wings. 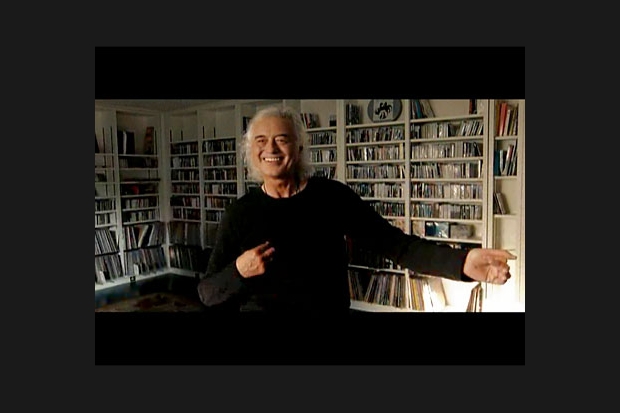 This is what it looks like when doves fly.

And seriously: did anyone else have any idea what Jimmy Page looks like these days? If you’re thinking, “Shittier than Keith Richards,” you are DEAD WRONG. Holy crap, the man looks awesome, like the Most Amazing Old Man You’ll Ever See. If he took off his scarf and spun it around, only to use it as a propeller to fly away, I’d just think, “Well, that’s just Amazing Ol’ Jimmy for ya!”

I don’t care who you are, where you’re from, or what you did, as long as you know this: Jimmy Page is cooler than you.

So, obviously, I liked this film. I’d give it a 14.5 out of 17, mainly just because I think re-watching it soon may make it lose some of its allure. But the music was great, and it somehow made me feel good.