Good evening! I’m taking a break from the Atomic Film Fest to talk about a movie I watched last night called Once Upon A Time In The West. It’s pretty great, if you’ve not seen it.

Actually, I’m not sure why or how I’d not seen of it until just recently, and I don’t even think I’d heard of it. I know I’ve seen How The West Was Won, so maybe I got the titles mixed up or something. I see now it’s even at #26 on the IMDB all time list. That’s a little bit amazing. So who knows. I do know that I thoroughly enjoyed it, though.

It’s a movie by Sergio Leone, the guy who did the famous Clint Eastwood westerns. It’s also got a score by Ennio Morricone, some gun battles, a bunch of cowboys, a millionaire on a personal train, a prostitute, a land grab, and those half-doors in a saloon. Basically, it’s got everything you’d need from a western.

Since I came into the movie without knowing anything about it (I just added it on my Netflix list based on their recommendation algorithm), I won’t really tell anything about the plot, since I think that enhanced my experience. I can say that while I expected it to be a “normal,” by-the-numbers western, it was actually completely unlike what I might have expected. For some reason–and that reason may just be that I’m dense–I was surprised by most every twist in the story. I also like how they don’t over-explain or linger on some things that have happened, and let the audience figure it out (or not) on their own. Even now, I can recall at least five points that made me think, “Wait, what the hell happened there?” That may sound terribly annoying, but it wasn’t, for some reason.

It is a very slow, deliberately-paced movie, but again, not in a negative way. It just revels in longer takes, stare-downs, and scenic views. The acting is also good, with big names such as Charles Bronson, Peter Fonda, and Jason Robards. Actually, I didn’t even know Robards’ name, but I recognized his face. I just couldn’t remember where I recognized it from until I saw on IMDB that he was one of the main characters on The Day After, the nuclear holocaust movie I reviewed the other day. Just compare: 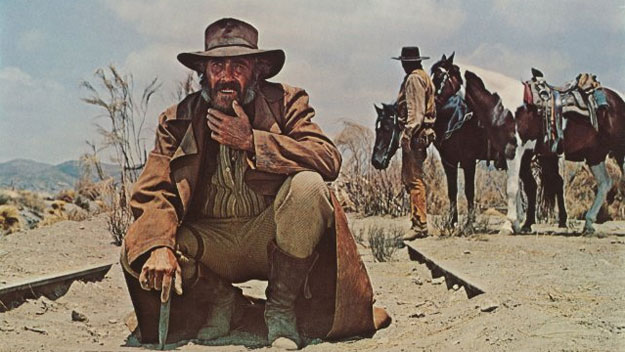 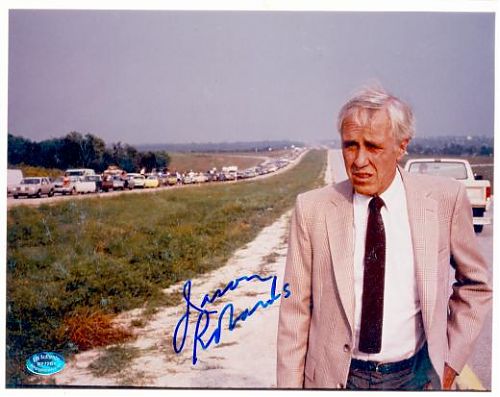 As I was watching it, it sort of achieved Tarantino consciousness, actually. It’s even proto-Tarantinoan, although I should probably say that Tarantino is neo-Leonean. Now that he’s made Django Unchained, which is basically a western, it’s even more obvious, but one can notice many of the stylistic elements that Tarantino also used in his other films, even including thoroughly modern ones like Pulp Fiction and Kill Bill Vol. 1. And I guess he did also have Morricone write some scores, so I should have known.

Anyhow, if you’ve not seen this one, you should definitely check it out. I’d also be interested to hear from anyone who has, especially if you have any explanation about how I could have missed this movie up until now.

RATINGS:
Unexpected Plot: 16/17 (It’s not Memento or anything, but it continually took me by surprise, for some reason)
Intensity of Charles Bronson’s Grimace: 17/17
Intensity of Jason Robards’ Lamb Chop Sideburns: 16/17
Un-ironic Use of Stupid Hats: 14/17
Overall Rating: 16/17