This week on Djake Exploits the Attic, I’m going to review the 1980 Italian “infected people” (don’t call them zombies) gorefest, Nightmare City. Directed by Umberto Lenzi, infamously known for his Cannibal Holocaust rip-off, Cannibal Ferox (aka Make Them Die Slowly), and starring Hugo Stiglitz (“everyone in the German Army has heard of Hugo Stiglitz”), a Mexican actor who moved to Italy in the 70s to make exploitation flicks. The story is fairly simple: a military plane carrying a famous scientist is forced into an emergency landing. Turns out the passengers are infected with radiation poisoning or something and are super angry and armed with hammers, guns and sticks. They invade and infect the entire town by killing most and drinking their blood (for some reason the blood keeps them alive). It is up to Hugo, a journalist, to try and stop the infection from spreading after the American military (who wear berets and look suspiciously European) fail to stop the invasion. 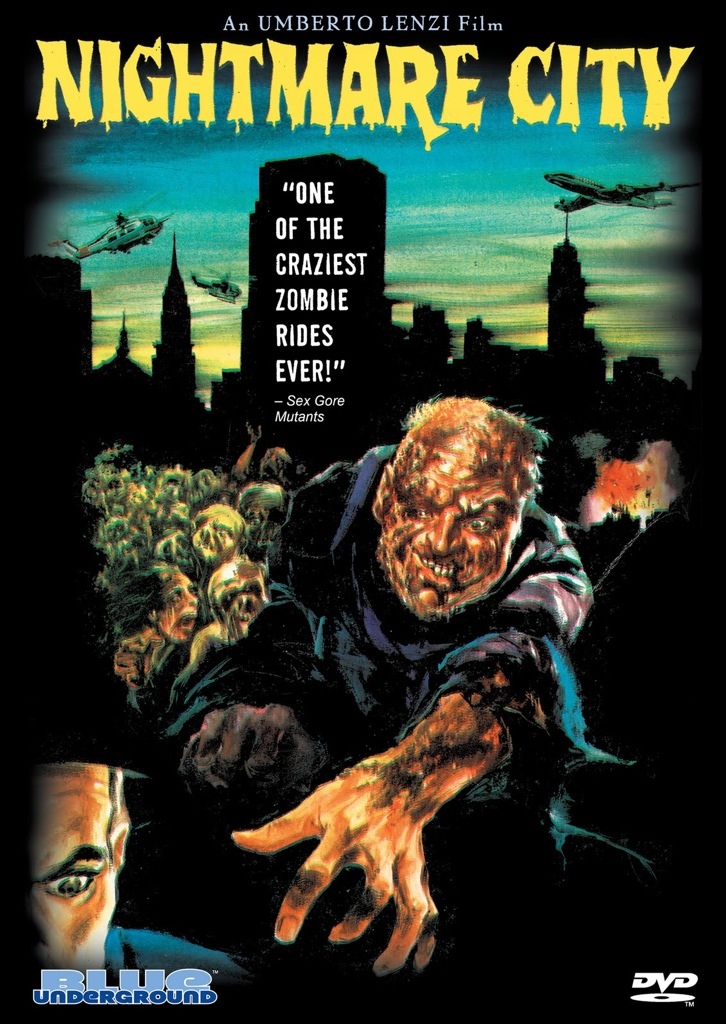 I love that the blurb for this poster comes from Sex Gore Mutants. Brilliant!

The film was actually pretty awesome. The “infected people” basically look like bad make-up Lepers (Dustin described them as looking like the Toxic Avenger) and they constantly attack and bite people’s necks and drink their blood like they are vampires. If I didn’t know better, I would think that Danny Boyle and Alex Garfield saw this film before making 28 Days Later but since Boyle is so adamant that his film is NOT a horror film and doesn’t share anything with the horror genre, I would suspect this wasn’t the case. But the monsters in this film do share many characteristics with those infected with the RAGE virus: they’re fast, they’re angry, and they’re super violent for no explicable reason. 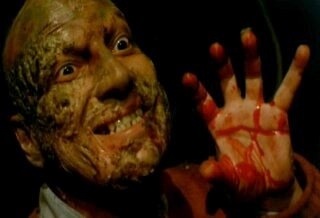 Like many Italian zombie flicks of the era, this one is filled with gratuitous gore and nudity (and a wonderful disco dance scene added in case we get bored). Sometimes the two meet as when one unlucky dancer (in the aforementioned disco dance show) gets her breast cut off and eaten. The dubbing is fairly bad and sometimes the dialogue literally made no sense at all. You won’t find any award-winning acting either, but Stiglitz DOES do all of his stunts and wields a gun and hatchet fairly well. 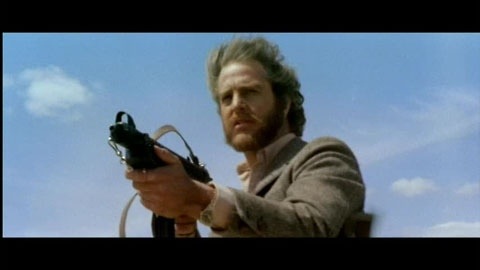 Aside from an ending that makes no sense at all (and nearly ruins the rest of the film), Nightmare City is a fun, gory film for fans of Lucio Fulci (Zombi 2, City of the Living Dead), Romero and other Italio-zombie films. I give it a 14 out of 17 on the Sitz-O-Matic Scale.

As an added bonus, Quentin Tarantino has a funny story about a time when Eli Roth met Lenzi and told him Tarantino was a big fan of his “zombie” film, Nightmare City, and Lenzi began yelling (in a strong Italian accent) “they are not zombies, they are INFECTED PEOPLE!”