It’s been fairly quiet around here this week… almost too quiet. If Cinematic Attic were a movie, I’d be walking down a deserted street, sidestepping newspapers proclaiming an imminent zombie apocalypse. I’d have no idea how I got here, and I’d have no idea what to do. Then suddenly, a mutant vampire would grab at my leg from a sewer grate!

OK, I guess it’s not been that quiet here, and I imagine we writers got all hot and bothered for the Oscars and then ended up taking this week off to recover from our fainting spells (since most of the writers for Cinematic Attic are old-fashioned Dandies through and through). Plus, I have a feeling I’ve been thinking about dystopian futures more than usual lately. 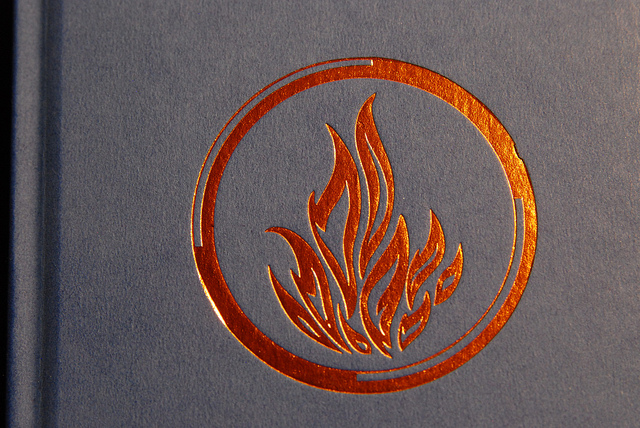 The “Cover-inside-the-cover” of Veronica Roth’s “Divergent”

As a side note (and a bit of inevitable self-promotion), I’m reading a book a week again this year (you can see the list here). It just occurred to me recently that a lot of the books that I’ve been reading lately –and indeed, a lot of books that are popular in general– deal with alternate, post-apocalyptic futures. And that has also affected the types of movies that are being made, too.

For example, this year so far I’ve already read Veronica Roth’s Divergent and Stephen King’s The Gunslinger, both of which are part of series that explore a world after some kind of catastrophic event. And in the last two years of my project I also read such titles as Apocalypse Z: The Beginning, Cloud Atlas, Ready Player One, The Stand, and the three books from the Hunger Games series. But if I had to list the movies that dealt with these kinds of topics, the list would be so long I’d have to do it on a separate post. 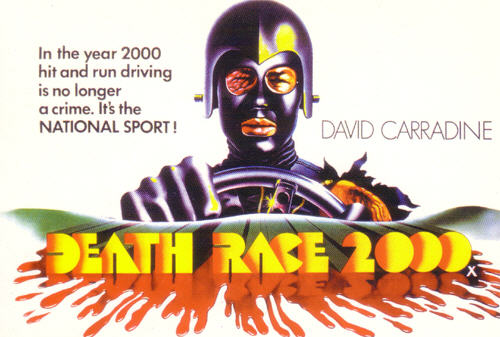 OK, to be honest, I only read the novelization of this one.

I was surprised, then, when I was recently talking to two other Cinematic Attic contributors who happen to have a baby. I’ll give you 5 extra points if you can figure out who I’m referring to. Anyhow, they told me that ever since having their child, they don’t like to read dystopian or post-apocalyptic novels. I thought that was interesting, and although I’m definitely hesitant to second-guess them seeing as I have no kids of my own, I think that such novels and movies could be a good way to deal with the realities of now, by seeing how crappy the future might be if we mess things up.

Then again, that might just make a new parent more stressed. I don’t know.

Anyhow, it was just a thought, and I wanted to share it with everyone to see what kinds of comments you had.

Here are my lists, by the way, since I know a lot of us are into that:

RYAN’S TOP 5 DYSTOPIAN NOVELS THAT HE CAN THINK OF ON THE FLY AND LIST WITHOUT PUTTING TOO MUCH EFFORT INTO IT:

5. Ready Player One – Ernest Cline: A double win, as it combines a depressing future in Oklahoma with fervent 80s nostalgia.

3. The Road – Cormac McCarthy: Lock up the booze and guns before reading.

2. Brave New Fahrenheit 1984 – 3 Authors: The three times I’ve read these, I read them together, so I just think of them as one giant, awesome bummer.

1. The Stand – Stephen King: One of my favorite books ever. 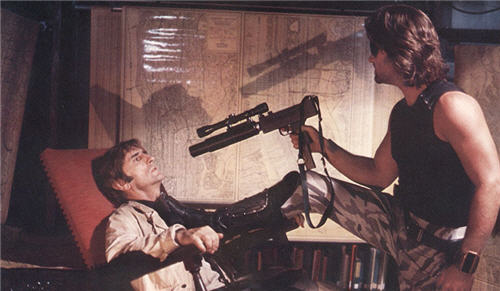 Escape from THIS, Harry Dean Stanton! (If that really is your real name)

RYAN’S TOP 5 DYSTOPIAN OR POST-APOCALYPTIC MOVIES THAT HE CAN SORTA MAKE UP AS HE GOES ALONG:

5. Cloud Atlas: This would be higher (and in the book section, as well), but over half the novel takes place in the past.

3. Legends of the Fall: I shudder to think of a future in which I’d need to watch this shitty movie again.

2. Children of Men: A future with no need for birth control.

1. Blade Runner: Mainly since it’s great, and because everyone always uses it as a touchstone for talking about dystopian futures.

I also want to end with a few questions. Please answer in the form of a complete sentence.

1. Do you like post-apocalyptic or dystopian novels and movies? If so, why? If not, why, and what’s the matter with you? What it is about their topic matter (or our human nature) that makes them so popular?

2. What titles or movies have you enjoyed, and which haven’t you liked? Explain.

That’s all I’ve got for you today. Have a great rest of the weekend!