Good evening, ladies and gentlemen! Today we’re going to continue our look back at 2012–it certainly had a lot of good movies, didn’t it? Tonight we’ll have a review of a movie that made basically all of our editors’ lists, and it will be the first post by our writer Mike2D2! The article was originally just a series of beeps, blips, and whistles, but fortunately our protocol droid was able to convert it into Standard English (a Bocce translation will follow soon). Enjoy! 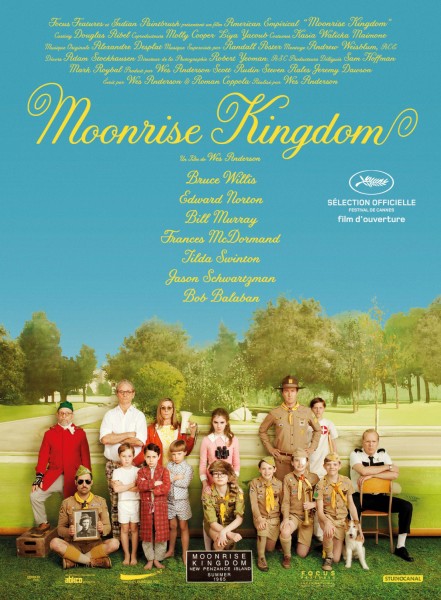 For Your Consideration: Moonrise Kingdom

In response to the Academy’s snub of Moonrise Kingdom, I’m going to find a tree to chop down (that will make more sense if you saw the movie). They really dropped the ball on this one but it’s nothing new for the Oscars. Sure, Wes Anderson got an original screenplay nomination (and rightfully so) but this is my favorite film of the year. There’s room for a musical and a romantic comedy but not a classic like Moonrise Kingdom. Something is wrong with the Academy when the Golden Globes gets it right, folks.

Well, if you haven’t seen this movie yet let me give you the low down. It’s 1965; two tweens who have fallen in love flee their homes to go on an epic first date/elopement/adventure. All the while, a scout troop, the island police, and Suzy’s family are hot on their trail. There’s a storm a brewing and it’s not just the emotions welling up inside the star crossed lovers. Bob Balaban, playing double duty as narrator and weather man, creatively spouts out exposition on the New England island and the twice in century storm that will soon transform the landscape and bring an exciting conclusion to the film.

Wes Anderson has a style all his own and you can tell from the second the opening credits role that you’re in for a unique experience. I think what really attracts me to his pictures is the artistry that goes into every detail. Each scene is a painter’s canvas full of color and nuance with all the characters fitting perfectly into the composition. The picture itself even takes on a yellow hue reminiscent of movies of the time. And all the details, my word, there’s so much to see and watch it’s great. Every scene is brimming with eye candy; great examples include the lavish Sunday school production of Noah’s Ark and the bustling Fort Lebanon Regional Hullabaloo.

Not only does this film contain great visuals it also makes excellent use of music. Utilizing The Young Person’s Guide to the Orchestra by Benjamin Britten, the opening is an aural and visual feast; and I would even suggest sitting through the credits for this one. Hank Williams cranks out some old chestnuts and an obscure French Artist, Francoise Hardy, provides the soundtrack for Sam and Suzy’s beach party. And, of course, there’s an excellent score to boot.

Anderson brings in his usual stable of actors in Bill Murray, playing the cuckold husband, and Jason Schwartzman as the ‘Minderbinder’ of Fort Lebanon. Those two stars and Wes are usually all you need to get me in the theater but this time around he takes some risks. The young leads are newcomers to Hollywood and their greenness plays perfectly for the niceties of a burgeoning romance. But with such witty lines, I think anyone could shine. Bruce Willis reprises his role of John McClain if he had been a cop on the quiet island of New Penzanze instead of the crime ridden New York City. And if that weren’t enough, Ed Norton plays the straight laced Scout Master of Troop 55 (and math teacher on the side) who loses a scout and then all his troops.

While I love Wes Anderson’s style and humor so much that I can forgive an incoherent story (Life Aquatic) or a deluge of characters and dark tone (Royal Tenenbaums), he has a fully engaging story here that has a lot of heart. In my humble opinion, this is Anderson’s best live-action film since Rushmore. Some might find Anderson’s style quirky and his framing rigid and therefore artificial, but he paints such a wonderful picture why get caught up in that. Let go and let him take you for a ride. I had a smile on my face from start to finish; I can only say that for one other movie in recent memory. 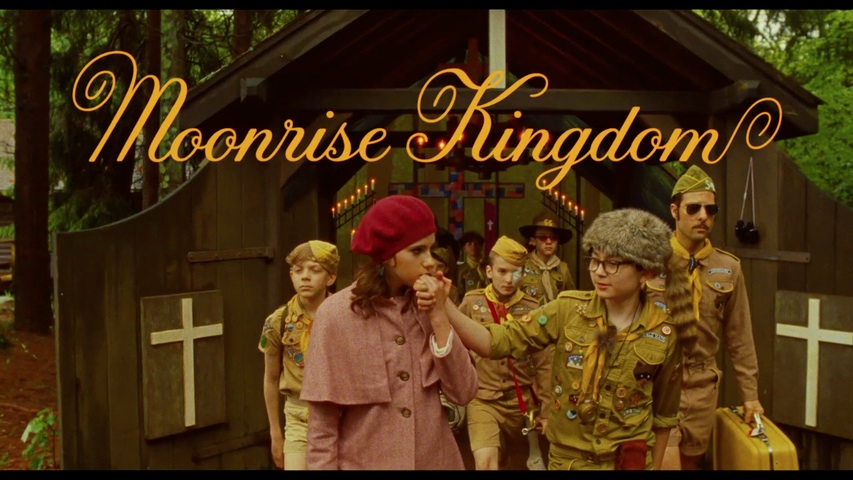 Thanks to Mike2D2 for his great insight–we’ll look forward to many more articles from him. Stay tuned for the thrilling conclusion of Cinematic Attic Editors’ Top 12 Movies of 2012, in which we’ll reveal our group’s list! In the meantime, be sure to take our Readers’ Poll and vote for your OWN top movies of 2012 if you’ve not yet! You can do it here, and then we’ll compare our lists. Thanks, and have a great weekend!