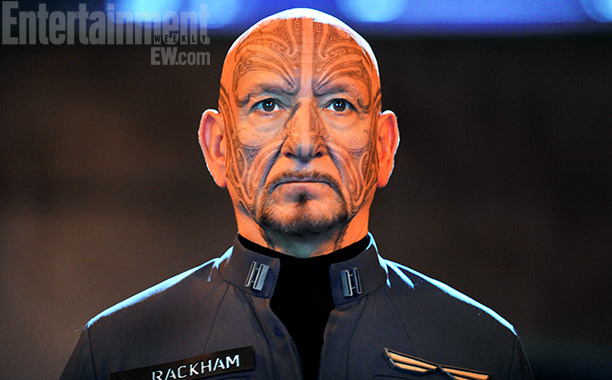 These Mike Tyson-style face tattoos are starting to get a bit out of control.

This is going to be mostly about the book Ender’s Game, not the upcoming movie. Actually, if you are ever going to read the book, get on that now, since seeing the movie trailer will inevitably spoil some parts for you (as all trailers seem to do these days).

The only reason I read this book is because it was in a collection of books given to me by my friend Lucy. I had no idea what it would be about, but I just happened to notice the book right after I saw a picture of Ben Kingsley in makeup for the movie. I thought, “Hmm, looks like there’s a new movie coming up, so maybe I’ll read the book for my Sitzbook project.” I’m glad I read the book: it was pretty original and it was a good, fast read.

But as I read the book, I started to wonder what role Kingsley would play. And then when I heard Harrison Ford was involved, I got even more confused, since 85% of the book is based on kids. That works well in books, but kids generally are not good actors (see the Star Wars prequels for evidence). I wonder if they’ll shift the focus of the movie to the adults? Color me intrigued.

Has anyone else read this book? Has anyone seen the trailer? If you’ve not seen it, don’t. At least that’s my advice. But I’m a Crotchety Old Man when it comes to movie and book reviews, and I like to know as little as possible going into them, in order to be as surprised as possible.

This is supposed to be a Movie Log post, but I guess it’s a bit too long, and maybe it’s more of a Movie Thought. So be it.