I haven’t written a review in a very long time. There were lots of reasons, the main reasons being, A.) I am very lazy and 2.) I had a horrible experience a month ago when my VERY long treatise on David Bowie’s new album in 10 years, The Next Day, was unceremoniously deleted when I tried adding pictures. I felt like WordPress had betrayed me and I felt like it would be cowardly to turn back to it. I have decided that was completely idiotic and finally found a movie that sparked my opinions enough to write a review. That movie is the extremely disappointing Iron Man 3. 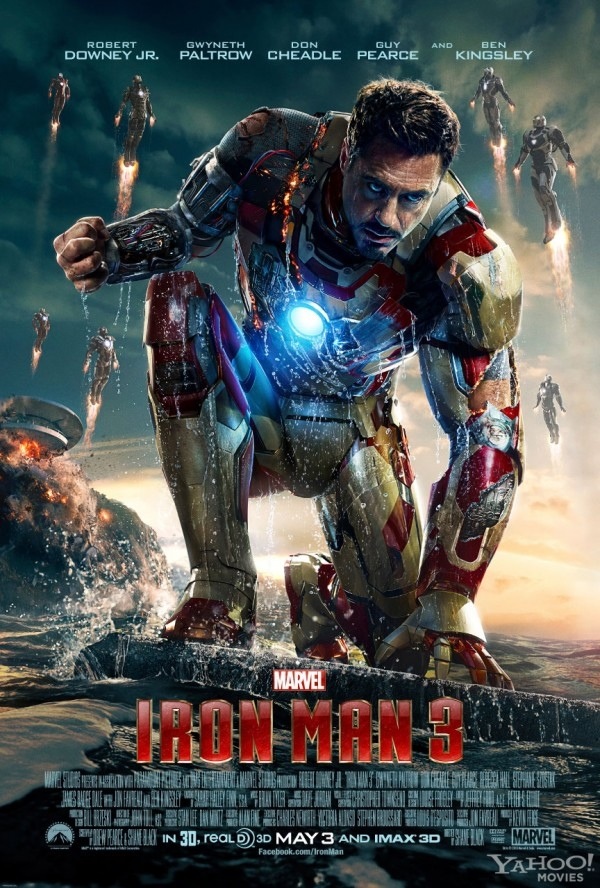 Now first off, I must begin by saying that I love the new Marvel films that began with Iron Man. I was so happy that Marvel finally figured out how to incorporate their mythology into a series of films that were at once standalone comic book pictures but also part of a larger storyline. With each new Marvel film, I was so excited to see Captain America’s shield showing up on Tony Stark’s work counter or talk of the Super Soldier Serum in Incredible Hulk because I knew The Avengers was coming. And when it did, it was FANTASTIC!

Iron Man 3 is in a tough spot already since it’s the first standalone Marvel film after The Avengers. The fact that they chose Iron Man (obviously the most popular and liked Avenger) is smart but still makes one yearn for Avengers 2. The entire film I kept hoping Thor or the Hulk would jump in and help out Tony Stark when he is fighting hordes of villains, but sadly, *SPOILER ALERT* they never do.

When I heard Shane Black would be writing and directing the new Iron Man I was ecstatic! I absolutely love Lethal Weapon, Monster Squad, and Kiss Kiss Bang Bang and thought he would be bring an amazing new voice to the superhero film. After seeing the movie, you can definitely tell Black was involved (whether it is Stark’s narration where he messes up and begins again ala Kiss Kiss or the film noir and buddy film tropes all of his films possess or it’s Christmas setting), in the end it just feels like another overblown superhero movie.

I can enjoy an overblown superhero movie any day of the week (I LOVE The Incredible Hulk) but Iron Man 3 has a mid-movie plot twist that absolutely ruined the entire film for me. Now the twist is very clever and definitely unexpected (don’t worry I won’t ruin it) but it made me feel the exact same way I did when I saw M. Night Shyamalan’s The Village. For those who haven’t seen The Village, stop now and continue to the next paragraph. Ok, those who are still here, WHY THE HELL DID HE MAKE THE MONSTERS FAKE?!?!? Everyone always mentions the so-called “BIG” twist that the village is actually in the modern-day and not the 1600’s as you believe, but that one doesn’t really ruin it for me. The fact that he made the monsters a made-up parlor trick to scare the villagers into submission is simply idiotic. How can you be scared again? Why even watch it again when you know those horrific beasts are actually assholes in homemade suits? This is how I felt in Iron Man 3. I literally almost walked out when the twist happened. It ruined the mythology the films had created and made the entire movie a joke. 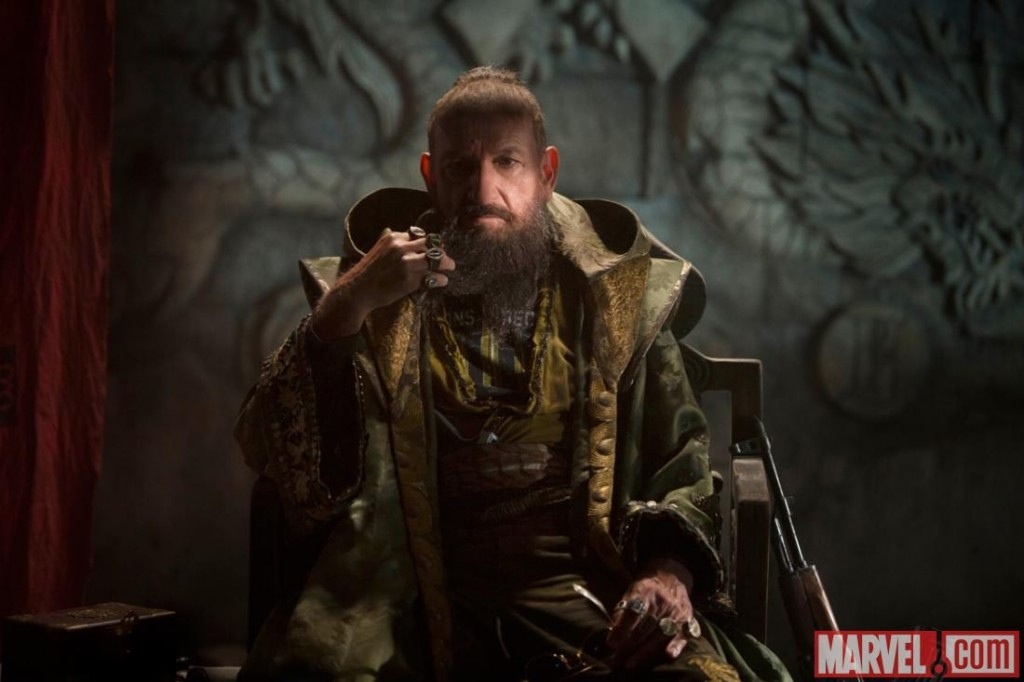 Now, not everything is bad. Ben Kingsley makes a FANTASTIC villain out of the Mandarin. He is a character cloaked in mystery and feels completely dangerous. The way he talks is simply creepy and awesome and a much better villain for Tony Stark to fight than a bald Dude or a Russian Mickey Roarke. The film noir and mystery aspect of the film is great. Most of the movie, Stark acts as a detective (much like Bruce Wayne) attempting to solve and avenge his friend’s recent attack and injury. It’s a very cool addition to the series and gives the film a new style to play with. The film also does a good job treating the events that happened in The Avengers as a trigger for Stark’s Post-Traumatic Stress Disorder. Tony Stake has always been the most “human” Avenger and the fact that he has panic attacks after going through the wormhole in Avengers makes him even more relatable.

Overall, I give it a 14/17 on the Sitz-o-Matic scale. It is the first big disappointment of the year and quite possibly the worst of the new Marvel films. Please see it and tell me what you think! I have a feeling that my reaction to the film might be completely different than everyone else.

5 thoughts on “Djake Returns To Review The Worst Marvel Movie Yet!”