We watched this movie last weekend because it was on my “List of Books, Movies, and Music to Check Out.” I really do have a list like that, but the trouble is that until just recently, I’d only write names of new recommendations, but never who recommended it to me or why they did so. So, I could have put a given item on the list because I heard about it in a grad school class 8 years ago, or I could have put it on there because Paul said there was a really funny scene in which a guy gets hit in the nards by a hockey puck. We just don’t know, dude. 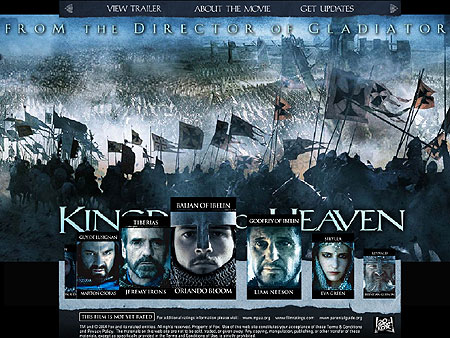 Kingdom o’ Heaven. I’m about 87% sure that’s Gimli on the far right.

Fortunately, though, I have gotten things a bit more organized in the meantime, but I still don’t know why this was on the list. I thought it was because it was the story of a Muslim who returned to Europe with the Vikings, but about 10 minutes into this movie I realized that definitely wasn’t the case, and that I must have been thinking of The 13th Warrior. See, my other main problem with books and movies is that I try to know as little about the plot as possible when starting them, just to maintain the element of surprise. This usually works in my favor, since it’s fun to be surprised, but it can also just make me confused (like how I just read Chuck Palahniuk’s Pygmy, but for about the first 10 pages I suspected that I might have gotten a pirated ebook that had gone through a translation machine, only to find out the whole book was written like that intentionally…it was still really good, though).

So where was I? Oh yeah, I didn’t know anything about Kingdom of Heaven, but I quickly found out that it’s basically like A Bridge Too Far meets the Crusades, since it’s got a ton of big-name actors. The movie was OK, and generally speaking I enjoyed the acting, but I did feel it was missing something. I thought it did a fairly good job of not trying to “convert” (if you will) the viewer to one side or the other (Christian or Muslim), but at the same time, I was left with the feeling that the whole undertaking was a bit…stupid? I’m not sure how to put this without offending a large swath of the world’s population, nor without betraying my lack of historical knowledge of western civilization, but I didn’t really feel like I wanted either side to win. 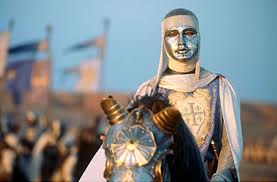 Whoa, this was ED NORTON? How did I not realize that until just now? Well, sure, he had on the mask and everything, but still…

As Orlando Bloom’s character points out before the beginning of the final battle for Jerusalem (well, the final one in the movie, at least), they (the Christians) were defending the city from Muslims who were trying to reconquer it, but neither them nor their attackers were alive when the city last traded hands, so they really had no right to take offense on either side, since they were basically extending the rivalries of their forebears. But as a result, an onlooker sort of has to admit that both sides committed atrocities in the name of God, and that really neither side has the high moral ground. I suppose that may be the whole point, but at the same time, it’s human nature to want to find a team to root for. 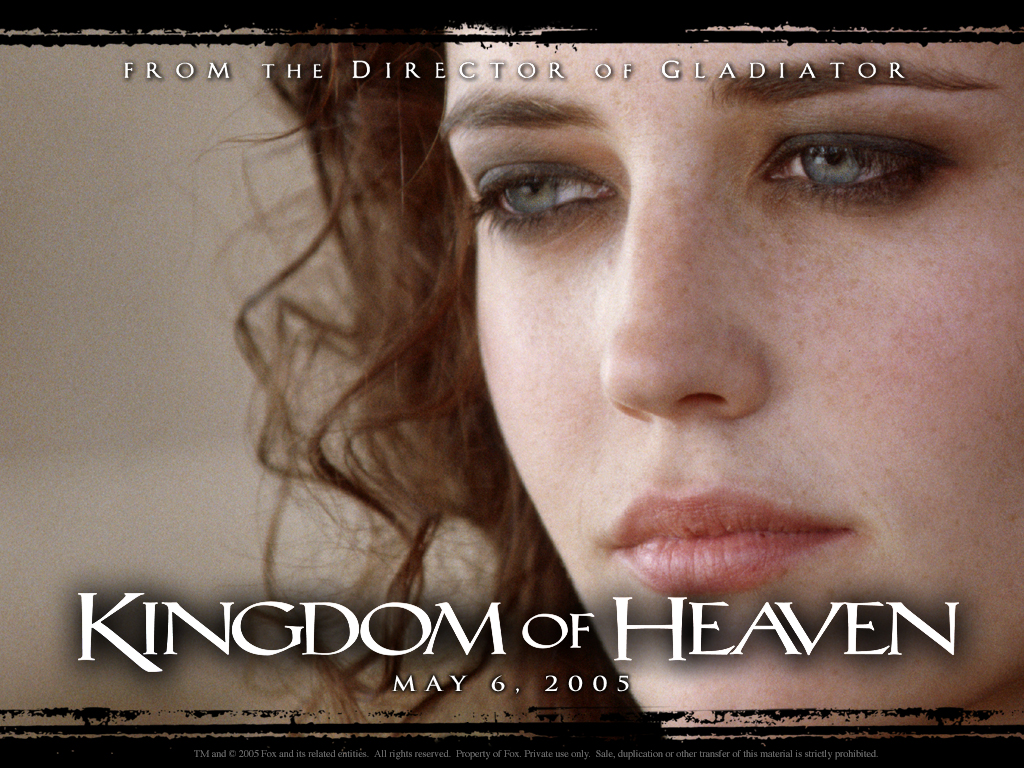 I was also surprised that Eva Green was in this. Does anyone else get confused when historical characters wear so much eyeliner?

That’s not really the moviemakers’ fault, though. Visually, the movie is pretty cool. Lots of impressive sets, whether CGI or real. They make Jerusalem look pretty enticing and one can admittedly see why it would be worth possessing, and they make 12th century France look cold and shitty. The battles are suitably grand, chaotic, and bloody, and the character development is also pretty good, I guess.

I think that even after over 800 words I’m still not sure what I think about this movie. And to think that I just deleted my original standard opening sentence (“This will be a quick review…”). So what do you guys think? Have you seen this movie? Am I too concerned with things that aren’t in the movie to even think about this properly? I’d be interested to hear someone else’s take on this one. 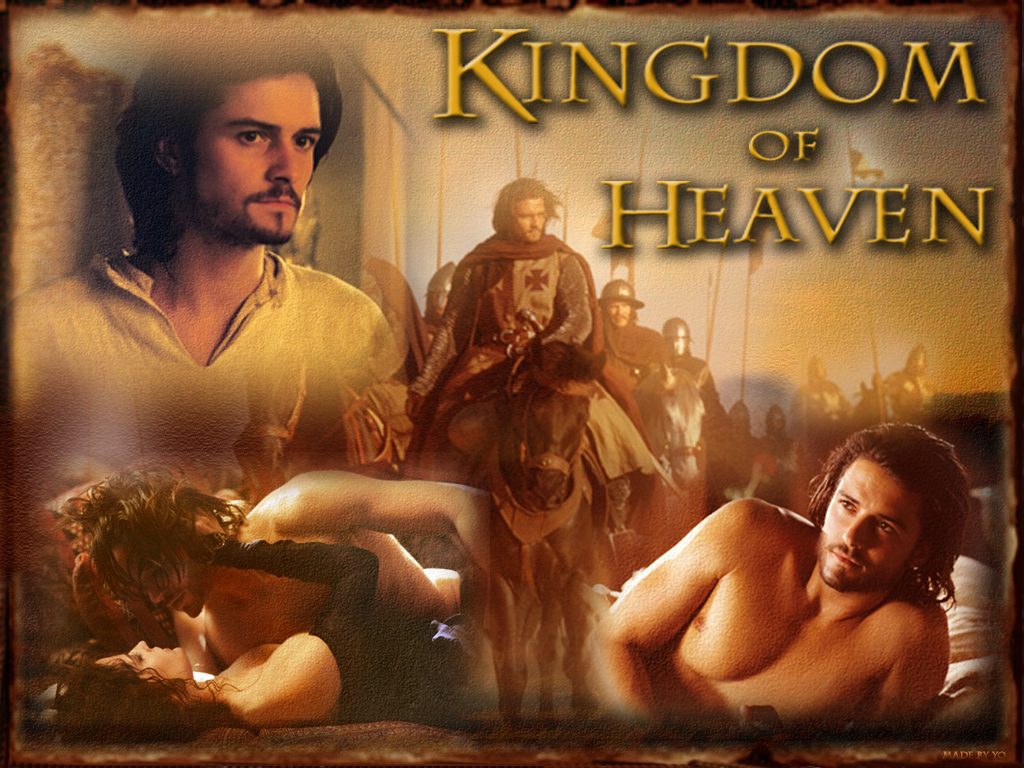 Much like the “Movie Map” I wrote about a few days ago, it warms my heart to know that there are people out there who take the time and effort to make things like this steamy Orlando Bloom collage.

Well, that’s it for my “brief” thoughts on this movie. I hope all you readers out there are doing well. Oh, and by the way, we have a Facebook page now! Check it out and “Like” it to hear about all our new reviews, as well as other pictures, comments, and links that are too small to feature on this site.

[Update, Dec-13-2012: How could I forget to rate the movie?! Overall, I give this a 9 out of 17, since it was on the good side of things, but not overwhelmingly so (plus I’m trying to prevent “rating inflation” right from the get-go. Also, I’d give Liam Neeson a 15 out of 17. He didn’t punch through any walls or terrorists to save someone in this movie, but he’s still a badass in general, so I want to avoid trouble with him.]

2 thoughts on “Review: “Kingdom of Heaven””