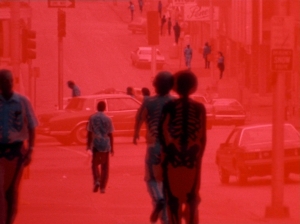 As I mentioned in my last post, a couple months ago I got on a kick of watching movies related to nuclear scares and post-nuclear-apocalypse tales. WarGames was a bit goofy but entertaining overall, but that movie stands in contrast to another movie from the same year which kicked off my film fest, The Day After. The Day After is a 1983 made for TV movie that apparently made a huge impact when it was released, although I was only three when it came out, so I guess I wouldn't know. What I do END_OF_DOCUMENT_TOKEN_TO_BE_REPLACED