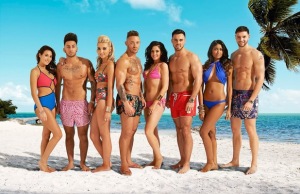 Hello again! Our Atomic Film Fest continues this evening with 1959's movie On The Beach. There was also a remake in 2000 (which I'll discuss soon), but I think this must be one of the earliest movies made that contains a nuclear scare, although the "scare" is fairly mild. The idea is that The US and The USSR have bombed each other to hell, and there's not much left of the northern hemisphere except a cloud of radiation that's slowly making its way south. The bulk of the story takes place END_OF_DOCUMENT_TOKEN_TO_BE_REPLACED