Good Evening! Tonight we’ll continue looking back at 2012 with a review by Djake (“The D’s silent,” he assured me). This movie also made our group’s Top 12 list, even though it came out in the final week of 2012. It’s also currently leading our Readers’ Poll of The Best Movies of 2012, which you should be sure to participate in by going here. Anyhow, without further ado, here’s the review: 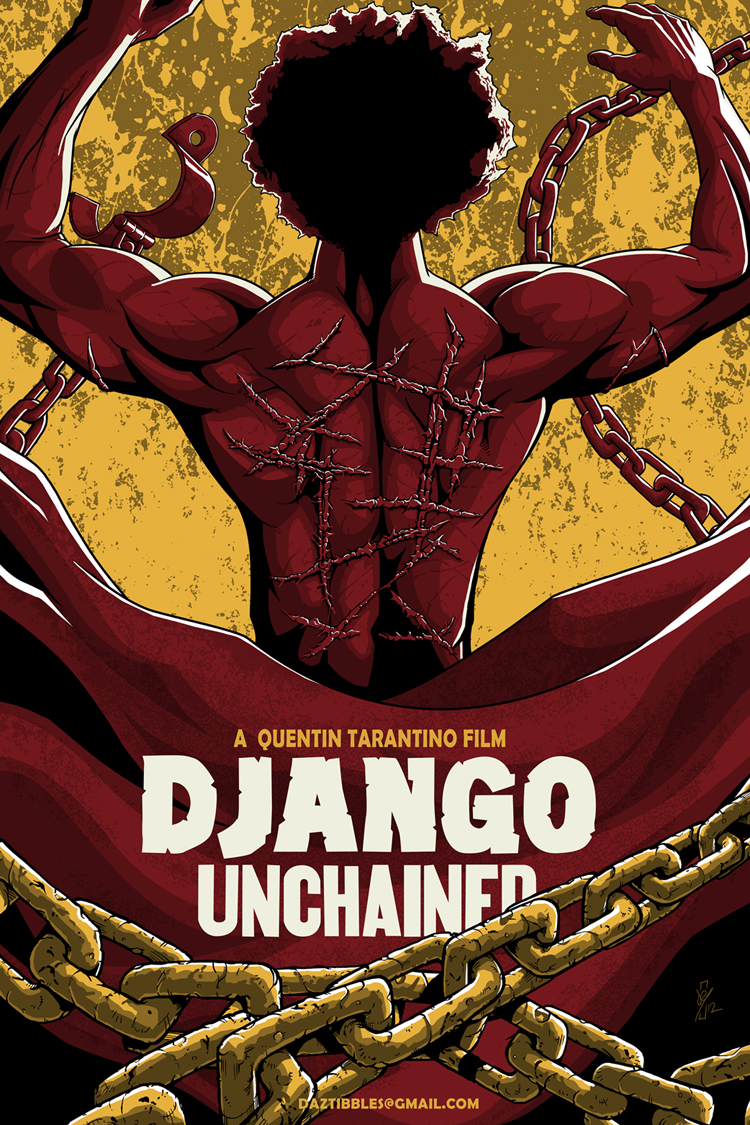 Djake: I knew I would love Django Unchained as soon as I heard Quentin Tarantino was making a “Southern” about a slave seeking revenge. It truly is a story tailor-made for Tarantino’s sensibilities. And I was happy to hear that he was finally making his all-out Spaghetti western. He has flirted with the genre before in Pulp Fiction, Kill Bill and Inglourious Basterds, but never fully adhered to my favorite sub-genre. Django is finally the epic western he has promised to make his entire career.

As most people already know, Django Unchained takes its name from the great Django (1966) starring Franco Nero (who makes a brilliant cameo in Unchained) and directed by the other Italian Sergio, that is Sergio Corbucci. After the success of Django in Europe, the Italians rushed out (as they do with any popular picture) to make copies and unofficial sequels. None of these offshoots starred Nero (except the delayed sequel, 1987’s Django Strikes Again) and none were directed by Corbucci, but they used the mythic stranger Django as the antihero and protagonist who avenged women and others throughout the Spaghetti West. Tarantino said that he wanted to make his own version of Django, like he did with Pai Mei in Kill Bill (a Kung Fu staple in literally hundreds of Hong Kong films) but this time Django was a slave in the pre-Civil War South who takes his revenge on evil slave owners and traders. And what a bloody revenge it is!

This film might be Tarantino’s most violent so far in his entire ultra-violent filmography (and no I didn’t forget the House of Blue Leaves bloodbath from Kill Bill). At one point, Tarantino includes a shootout that rivals anything Sam Peckinpah or John Woo could ever wish to have. When Django shoots and kills people, it literally looks like they are being shot by a canon. It gives the character a mythic, almost otherworldly quality in that his bullets do more damage than any other character in the film, which is fitting when we learn the German folk tale of Sigfried and Broomhilda from Dr. King Schultz (played beautifully by Christoph Waltz) that is paralleling the story and Django’s quest throughout. And like Jules Winnfield in Pulp Fiction, he seems to be protected by God because he is never shot (when any other man would be riddled with bloody holes) and shakes bullets out of his holy jacket. But along with the gratifying, shall I say cartoonish violence, Tarantino also injects scenes of terribly disturbing and horrific violence. Most of these, as one would expect in a film dealing with slavery, involves characters getting whipped by evil, white slave-owners or getting ripped apart by vicious dogs. In these scenes Tarantino actually shows restraint in his depiction of the violence. One particular scene involves a dirty, disgusting “Mandingo” slave fight that involves one guy getting his eyes gouged out. But as he did with the ear scene in Reservoir Dogs, we do not see this, only the looks on the faces watching the horror. He had said in an interview that he originally included the gore, but had to dial it back because audience members were too disturbed and couldn’t laugh or enjoy the rest of the film. 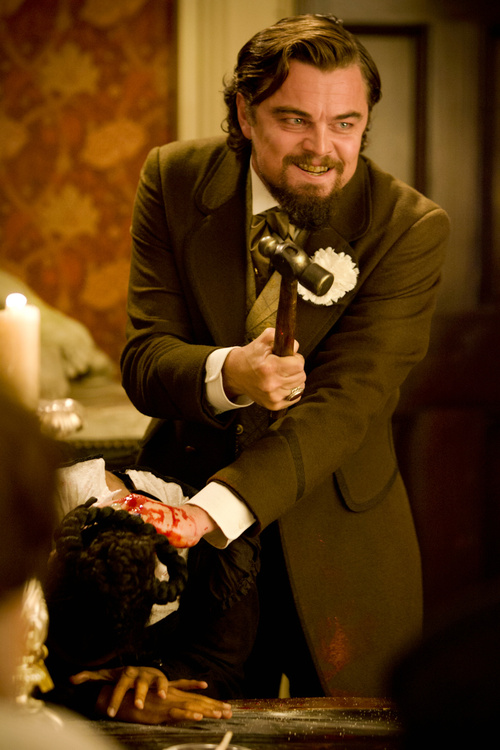 I don’t think there was a single actor or actress in the film that didn’t give a career best performance. My favorite was Leonardo DiCaprio who plays the detestable villain, Monsieur Calvin Candie (a Francophile who doesn’t speak French and is embarrassed by those who do), owner and operator of Candieland, one of the largest plantations in Mississippi. This is the first role I’ve seen DiCaprio do that involved him hamming it up and playing a character that is insanely flamboyant and mean rather than brooding and sad. Candie is aided by his trusted house slave, Stephen played wonderfully by Samuel L. Jackson. Jackson gives his best performance since Pulp Fiction playing the trusted confidant to the evil slave-owner. He is the Wormtongue character who whispers in the kings ear and tells him the trickery going on around him. He is wonderfully feisty and has some of the funniest scenes in the whole film. Again, Tarantino creates scenes that would otherwise be horrific or disturbing and makes them funny (think the head shooting car scene in Pulp Fiction). Christopher Waltz is once again fantastic and delivers a character nearly as charismatic and interesting as Hans Landa. Kerry Washington is gorgeous as the mythic, dreamlike wife of Django’s night- and daydreams. As Broomhilda, she is Django’s only love and the reason for his need for revenge and justice. And now comes Jamie Foxx. He is simply brilliant as the tough, quiet and strong Django. Of course he reminds one of Clint Eastwood’s Man With No Name, but his character is much more complex and layered. He is a newly freed man who is learning the bounty hunting trade from his mentor, Dr. Schultz and at the same time coming to terms with the idea of being a free black man in the disgustingly racist period know as the Antebellum South. Foxx plays the character with an underlying rage that I’ve never seen him do before. He is great, and a perfect choice to play this fantastic character.

As with all Tarantino films, Django is littered with homages and tributes to classic westerns and exploitation flicks. A lot of the flamboyant slave-owners reminded me of Robert Fleischer’s controversial Mandingo and its superior “sequel”, Drum (one of Pam Grier’s first major roles). Many of the snow scenes made me think of Corbucci’s masterpiece, The Great Silence, one of the few Spaghetti westerns to be set in the snowy snow. Other scenes reminded me of Robert Altman’s McCabe and Mrs. Miller, especially Dr. Schultz’ grey fur coat. I’m excited to see a detailed list of minor homages and influences since Tarantino always litters his films with them. 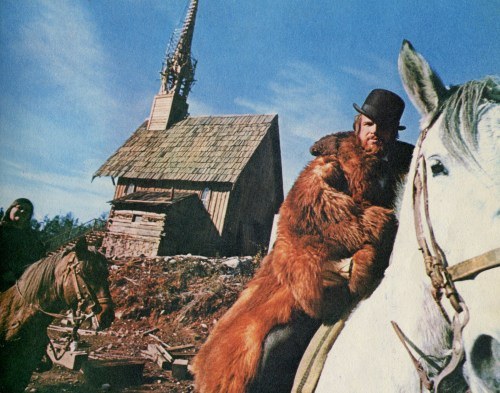 Now the music in this film is the best so far for the great audiophile that Tarantino is. Of course there are some Ennio Morricone and Luis Bacalov western themes as expected, but the best music choices were the unexpected ones. At one point, Rick Ross comes on with the Jamie Foxx-produced “100 Black Coffins” and anyone can’t help but nod their head. Then comes the John Legend revenge-ballad, “Who Did That To You” that acts as a sort of blaxploitation theme for Django. This was also the first time Tarantino included original pop songs for use in his films.

Django Unchained is, by far, my favorite film of 2012. Currently it stands as my 2nd favorite Tarantino film, standing closely behind Inglourious Basterds. If you have not seen it yet, rush out and see it immediately. If you are easily offended by strong violence and liberal uses of the N-word, as Spike Lee was, or movies in which the black character is the hero then it is DEFINITELY not for you, and frankly I’m sorry to hear that because movies like this only come every so often, and only from the best filmmaker working today.

So, thanks to Jake for his review! If you have any thoughts you want to share, be sure to leave a comment. Thanks for reading!