It’s been months and months since anyone’s posted to this blog, so I’ve come here to dust the cobwebs off. Yes, that’s right, John Travolta’s “disco duo” of movies has pulled me out of seclusion and forced me to comment. But before we go on, have a look at this to get you in the mood for this post:

Allow me to be frank: This video is awesome. Or, as the girl at 2:20 says, “All right!” I got Saturday Night Fever and Staying Alive as part of a Christmas gift exchange (the letter this year was “D,” hence the disco movies), but we’d not had a chance to watch them until now. 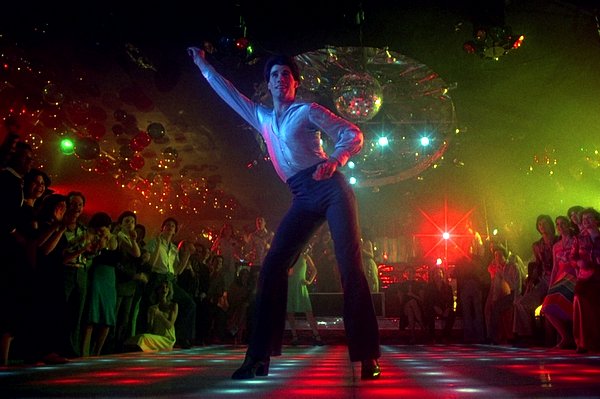 Actually, you really SHOULD be dancing.

So this past Saturday we sat down to some popcorn and watched Fever. It was pretty good. Travolta does seem to have charisma and there were some pretty funny parts. I’d seen the movie before, but a long time ago, and my memory was hazy, so I was a bit surprised that the main dance scene didn’t feature the Bee Gee’s song “Staying Alive,” since that’s pretty emblematic of the movie and indeed the whole era of disco. In fact, it was “More Than a Woman,” also by the Bee Gees:

The rest of the soundtrack was really good, at least if you like disco (and I do). I especially liked “If I Can’t Have You,” also written by the Bee Gees but sung by Yvonne Elliman, aka Mary Magdalene from Jesus Christ Superstar:

The rest of the story was only OK, though. Dancing is important to Travolta and his douchebag friends, but it’s just one aspect of their douchebaggery, which also includes street-fighting, racism, smoking and drinking, and sexual assault. That’s the big problem with this movie: the protagonists veer too much towards butthole territory to have their scarce “good” qualities redeem them. You keep thinking that something will happen to win you over to their side, but by the end you just hope they all jump off the Verrazano bridge.

Staying Alive, though. Where do I start with Staying Alive, our Sunday night movie? I know it’s widely hailed as a catastrophe, and it’s very hard to find defenders of this flick. And you won’t find a defender in this post, either, although there are some comment-worthy aspects to it. 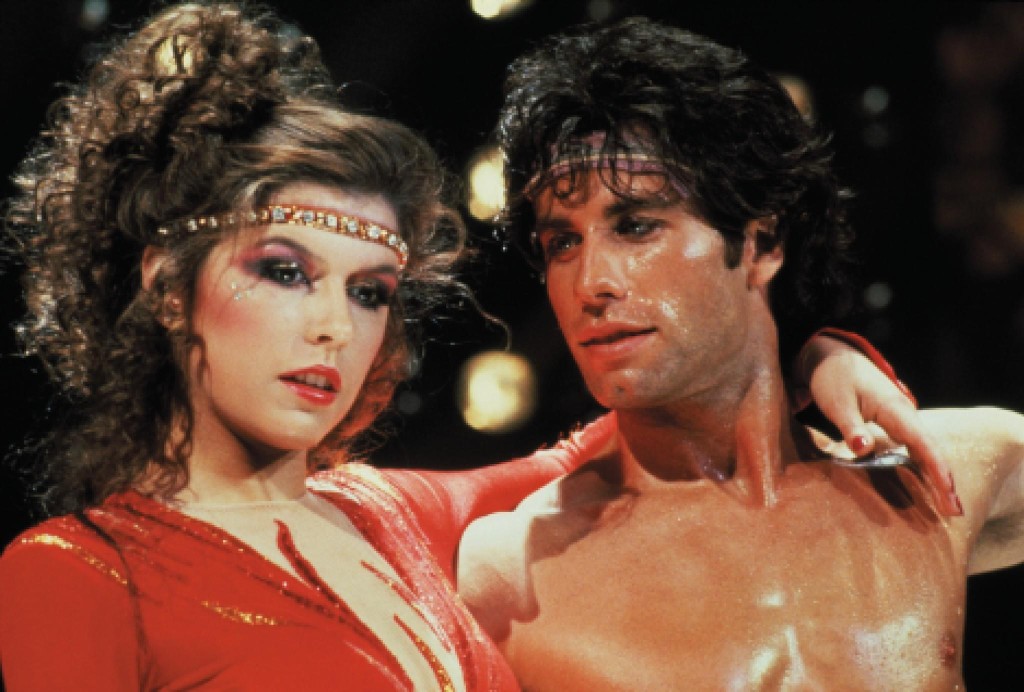 There is no aspect of this picture that is NOT worthy of a comment.

In this “sequel” Travolta’s Tony has moved from Brooklyn to Manhattan, and he’s struggling to become a dancer in a Broadway musical. He seems to have changed his douchebag ways, but there’s still a lingering sense of him being a tool. And he does still cheat on his kinda-girlfriend, but a lot of the other vices seem to have gone, along with the first movie’s R rating, which has now become a PG. The story is maybe a little better in the sequel, but it’s hard to tell because there are so many things that are worse and/or weird, and they require your full attention to comprehend them.

Wow, check out Stallone’s jacket. As a reminder, my birthday is coming up…

First of all, it was directed by Sylvester Stallone–isn’t that weird? This fact becomes even more noticeable when his brother Frank Stallone is featured fairly prominently as a bar singer in a few scenes. It’s pretty painful. The music is also… how can I put this delicately? Awful? Yeah, that’s about as delicate as I can make it. It’s obvious that they’ve moved from 70s disco to 80s Movie Songs, in terms of soundtrack style. Additionally, dancing has moved from a pastime to the main focus, but it’s a completely different type of dancing, namely, a much worse kind. And don’t even get me started on the wardrobe, both in the dancing scenes and the street scenes. Just… ugh, just look at this:

In fact, everyone involved with making this movie seemed to know this since the final scene of Staying Alive is basically the same scene that opened Fever: Tony walking down the street to the song “Staying Alive.” It’s a good, iconic scene, but in this case it’s not borrowing, it’s stealing, and blatantly so, since it has absolutely nothing to do with the 92 minutes that preceded it. Tony’s just finished up his Broadway show; the star of the show shoots him a meaningful look, and then Tony tells his girlfriend that he’s gotta do something really important: strut!

Yep, that just happened. Fortunately, it was so absurd that even the Simpsons made fun of it:

Anyhow, there are definitely worse ways to spend an evening than watching Fever, but I’m not sure I could say the same about the sequel. Watch that one with a bit of caution!

Thanks for reading and until next time: stay alive!