My excuse is that I went to Germany for three weeks with my wife and some students, so that cut down on my movie-watching time. But I managed to squeeze in three mediocre sequels on an otherwise excellent Lufthansa flight from Frankfurt to Bogotá. Here’s a quick rundown: 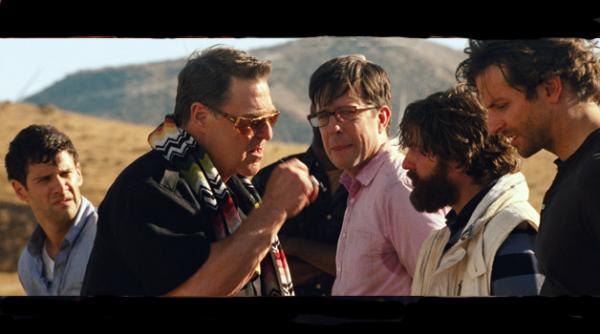 Movie: The Hangover Part III
Comments: There were some good moments to the film, and at least they didn’t re-do the second one (which, as everyone says, was a re-do of the first one). Interesting that the tone got a bit more serious, but still fairly enjoyable.
Rating: 10/17. I probably wouldn’t see it again (there are too many movies out there), but if someone had rented it and I didn’t have a choice in the matter, I’d not be too bummed.

Even her body language says, “What the hell? In what Taliban-led country is this controversial?”

Movie: Star Trek Into Darkness
Comments: We really liked the first one of these new Star Trek movies, but this one wasn’t that great. It seemed pretty similar to the previous one, and unnecessarily complicated. I think that people talked a lot about the scene with what’s her name in her underwear, saying that it was indicative of something (maybe the downfall of the civilization?). I don’t know if they edited that scene for the airplane (probably not, since all the profanity was preserved for The Hangover), but the girl in her bra was about as titillating as a JC Penney’s catalog underwear model.
Rating: 8/17. There was still some cool space crap, I guess.

These are the actual women from the JC Penney’s online catalog’s bra section. I’m going to take back that previous comment; both of these ladies are more controversial than the Trek girl.

Oh, and speaking of bras: How the hell is Gwyneth Paltrow’s bra still in tact in this scene? Was it made of asbestos? Because last I heard, when your body heats up to 1,000 degrees or whatever and destroys everything around you in a ball of flame, cotton garments don’t get a free pass. That’s the kind of detail that even someone who’s had a few free drinks at high altitude could pick out.

Movie: Iron Man 3
Comments: Like Star Trek, it seems like this just got too complicated. Too much crap going on, too many characters that aren’t that great. I did like how the tone changed a bit when Tony went to Missouri or wherever the hell that was, but other than that, it seemed like everyone was just eager to wrap the whole thing up.
Rating: 11/17. Robert Downey Jr. is still pretty funny, though.

So, that’s it for now. What have the rest of you been watching?