Dustin’s last post made me think of the recent Disney purchase of Lucasfilm. I noticed they’ve talked about it on outlets such as Badass Digest and Stuck in the 80s, so I thought it also might be worth mentioning here, since we’re mostly a movie blog, after all. I also know that I myself am a very big Star Wars fan, as is Deuce. I can’t speak as surely about the other contributors to this blog, but whether or not you like the franchise, it does seem to be big news. 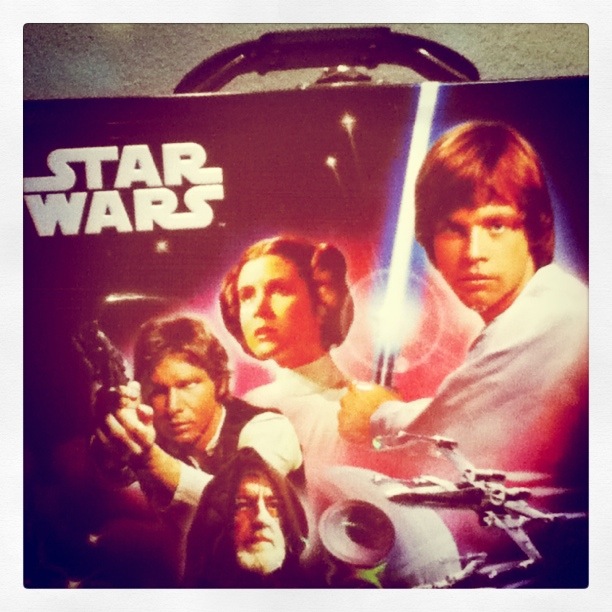 So, what do you think, if you have anything to say about it? In general, is this a good sign or a bad sign for Star Wars? And what about making new movies to add to the series: good idea or bad idea?

Personally, I think it could be a good thing. I don’t actually hate the prequels, at least when considering them against any random movie. It was cool to see some actors I really like, such as Natalie Portman, Ewan McGregor, and Liam Neeson, even if they were completely underused and had to play against computer-generated shit. And there were some cool things like lightsabers and space battles, even though they were completely overused. And in the past decade it’s become pretty clear that a lot of that was due to Lucas’ influence, so maybe with him away from the helm, the series could become great again? I know this is a completely different medium, but I have enjoyed a number of Star Wars video games, and the story is admittedly much more engaging than the prequels; I wonder if that’s because Lucas himself was busy trying to rewrite history while the rest of Lucasfilm was making quality entertainment behind his back?

As Star Wars movies go, though, I will freely admit that the prequels were big letdowns, but a lot of that is in retrospect and with a decade to think about it. I do remember seeing all the prequels in the theater and just being happy that something was going on with Star Wars. I was always excited when the opening music started, and when the opening credits rolled I remembered thinking, “Well, that may not have been very amazing, but I’m sure the next one will be great!” So sure, they were like a family member or friend who hits you up for money, only to blow it on drugs or a pyramid scheme or something, but even though they’re heartbreaking disappointments, you still feel a sort of affinity for them, and you’re always ready to give them another shot to redeem themselves. Or at least I am.

Now it’s your turn. What do you think will be the future of Star Wars? 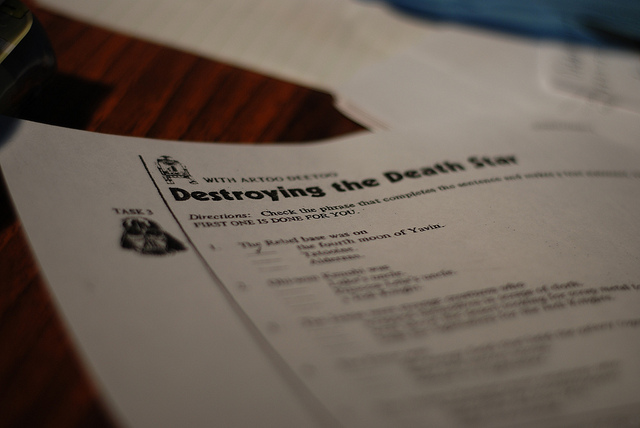 I like Star Wars so much that I’ve been known to show it in some of my English classes. I found this worksheet on the internet so it seems more legit that way.

Have a good Sunday evening and a great new week!